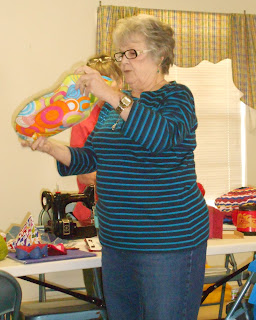 For the February 2013 meeting of the Brownwood Quilters
Guild our program chairperson, Marcella League, has again planned a fun and productive day.  There were seven make-and-take projects to work on with guild members leading each project.  Members got to put their name in a pot for each project completed and also for each charity project they brought to the meeting with them, such as CPS pillowcases and WeeCare quilts.  At the end of the day a drawing was held for an Elisio iron.  Also there was a potluck luncheon and Secret Sister reveal.  Fun meeting, thanks Marcella! 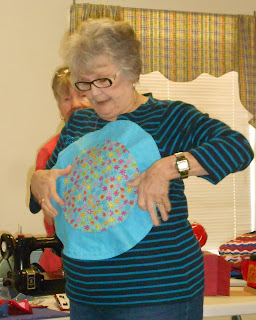