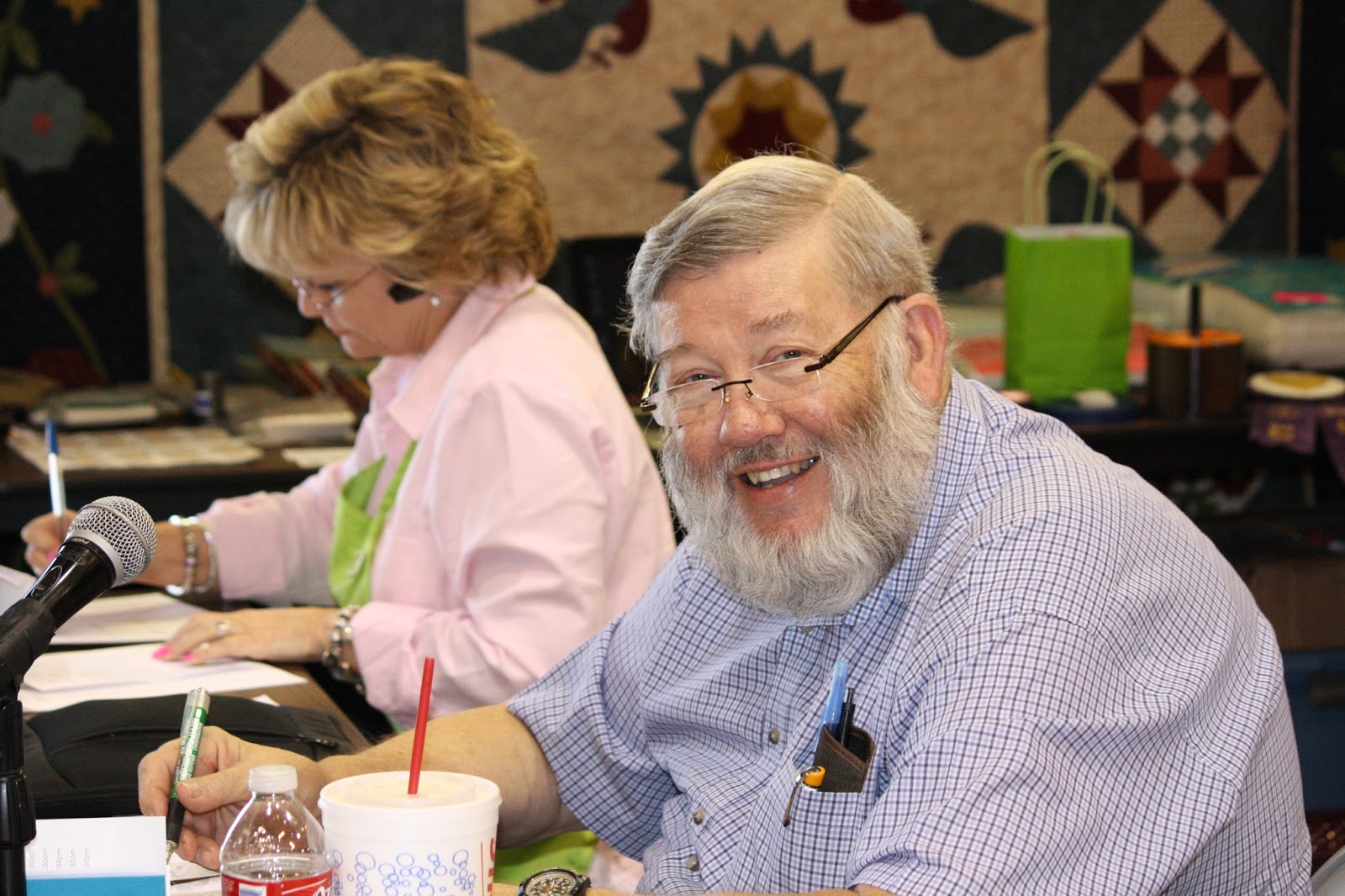 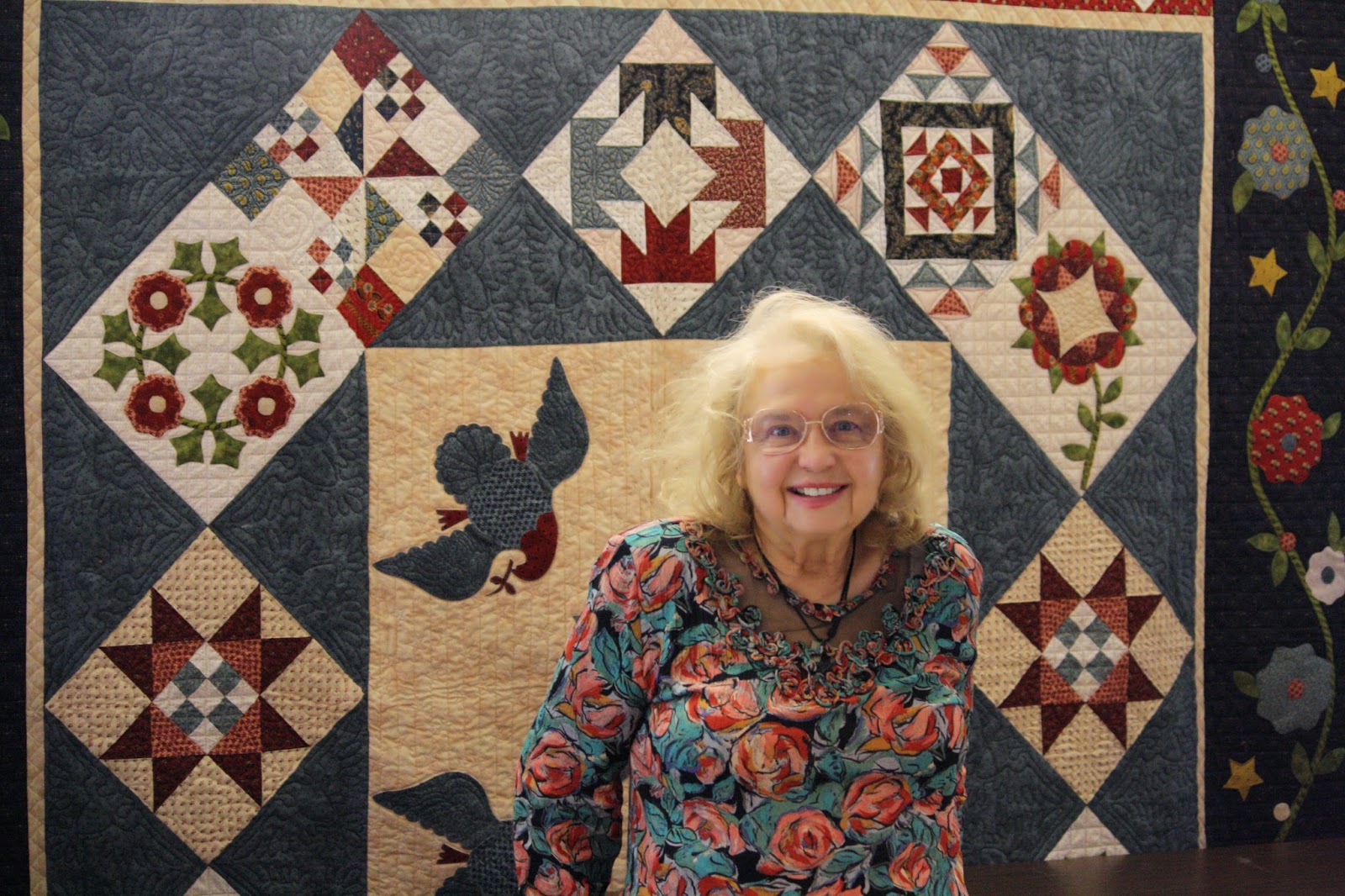 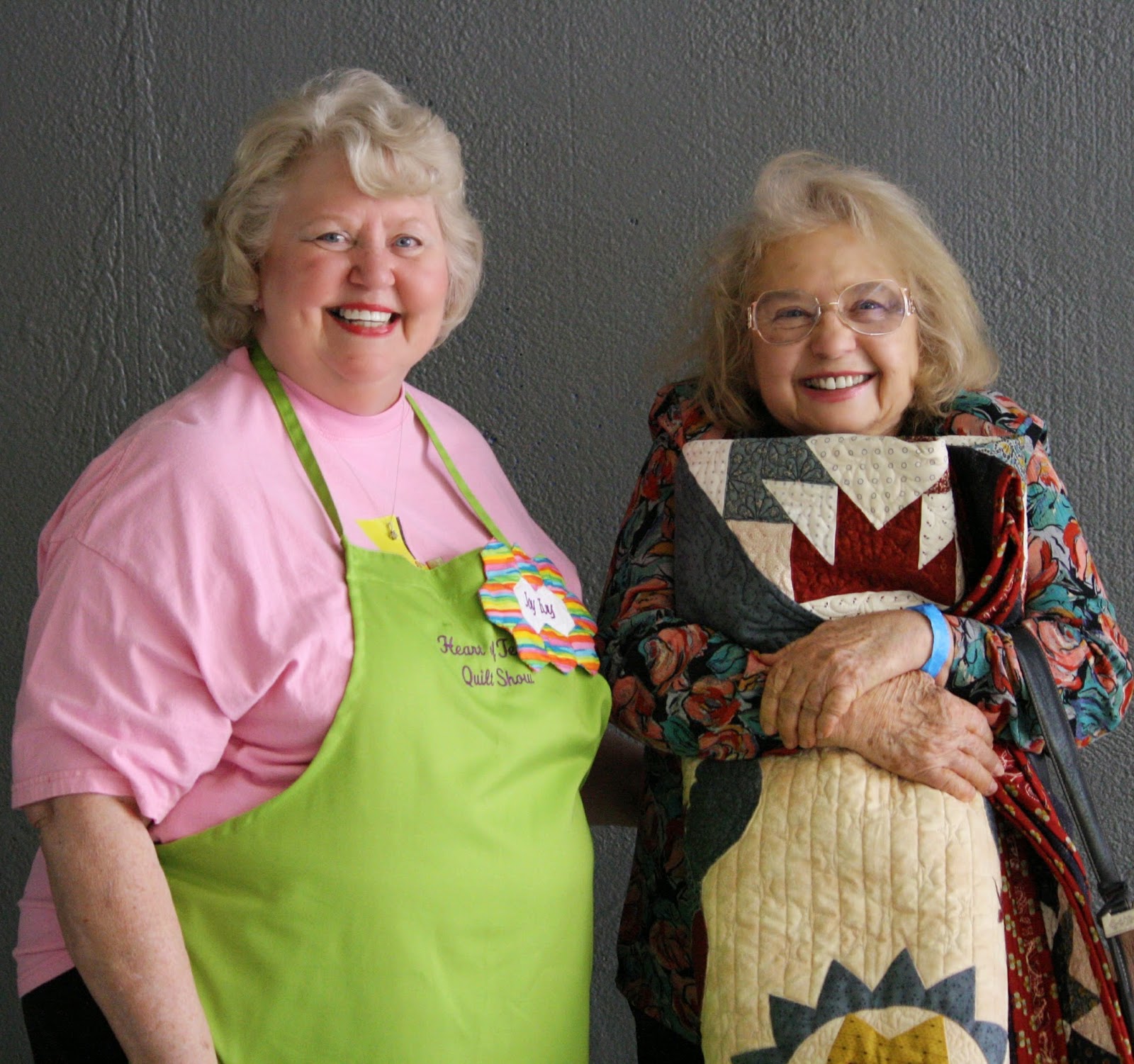 Presentation of the donation quilt by Brownwood Quilters Guild President, Joy Ivy.
A portion of the ticket sales are given to the Pregnancy Care Center of Brownwood, TX. 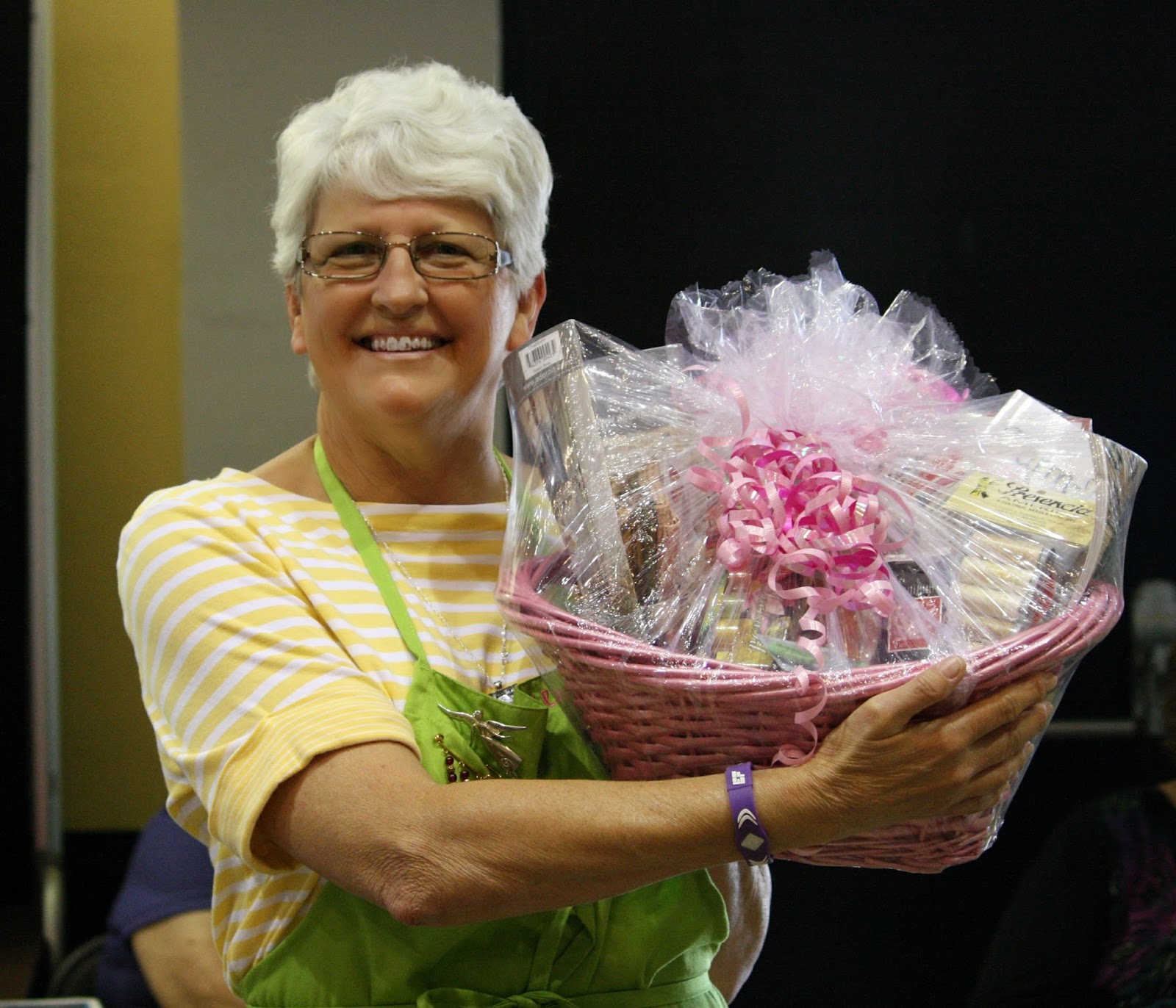 LaTrelle Locks of Zepher, TX was the winner of the "Goodie Basket",
donated by Angela McCorkle of Quilts With a Heart in Priddy, TX.
Ticket proceeds will be donated to the Toys for Kids Program in December. 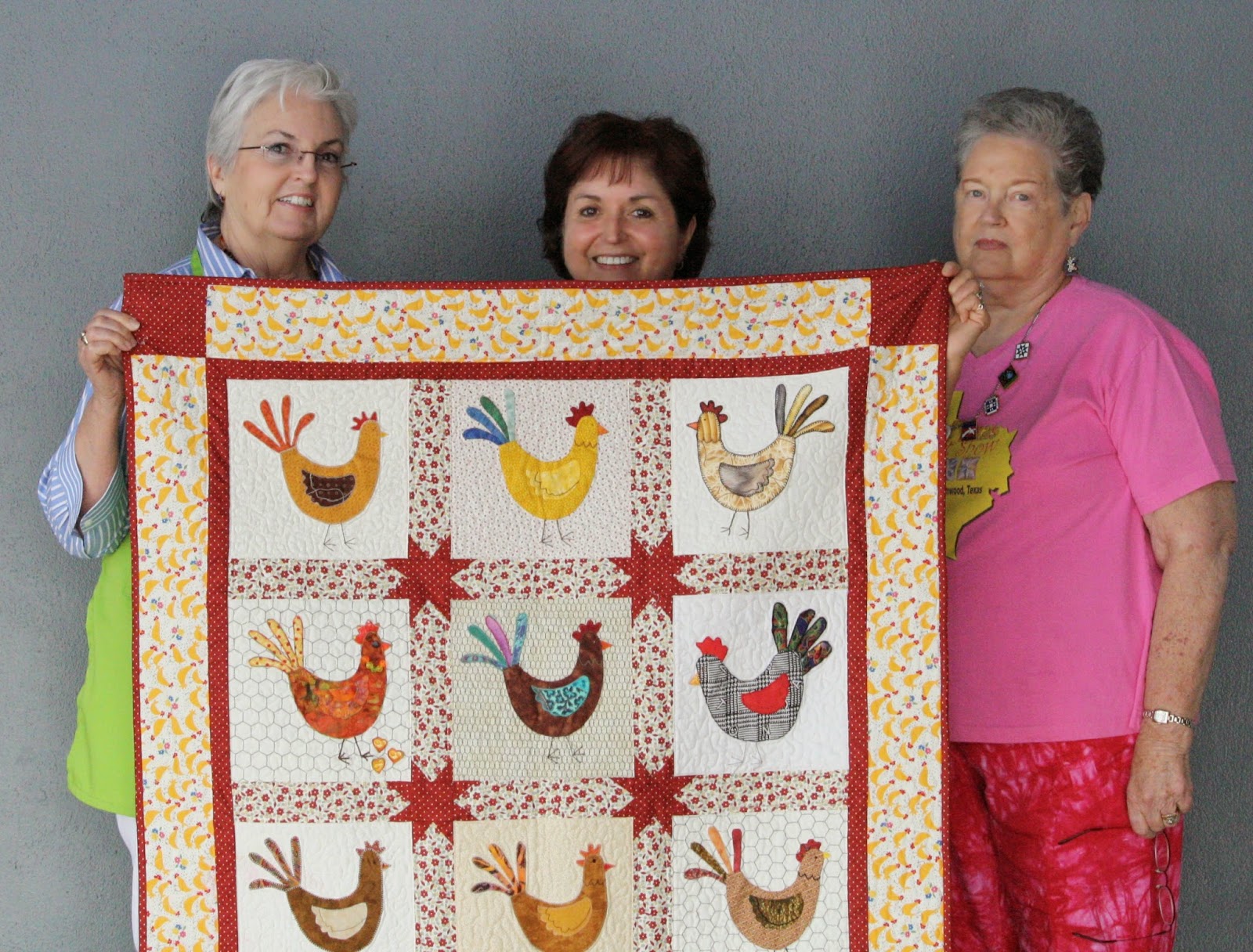 Rosie McCrady, Austin, TX was the winner of the silent auction quilt donated by Sheila Smith on the left. Also pictured is Ruby Goodwin who was in charge of this years project booth. 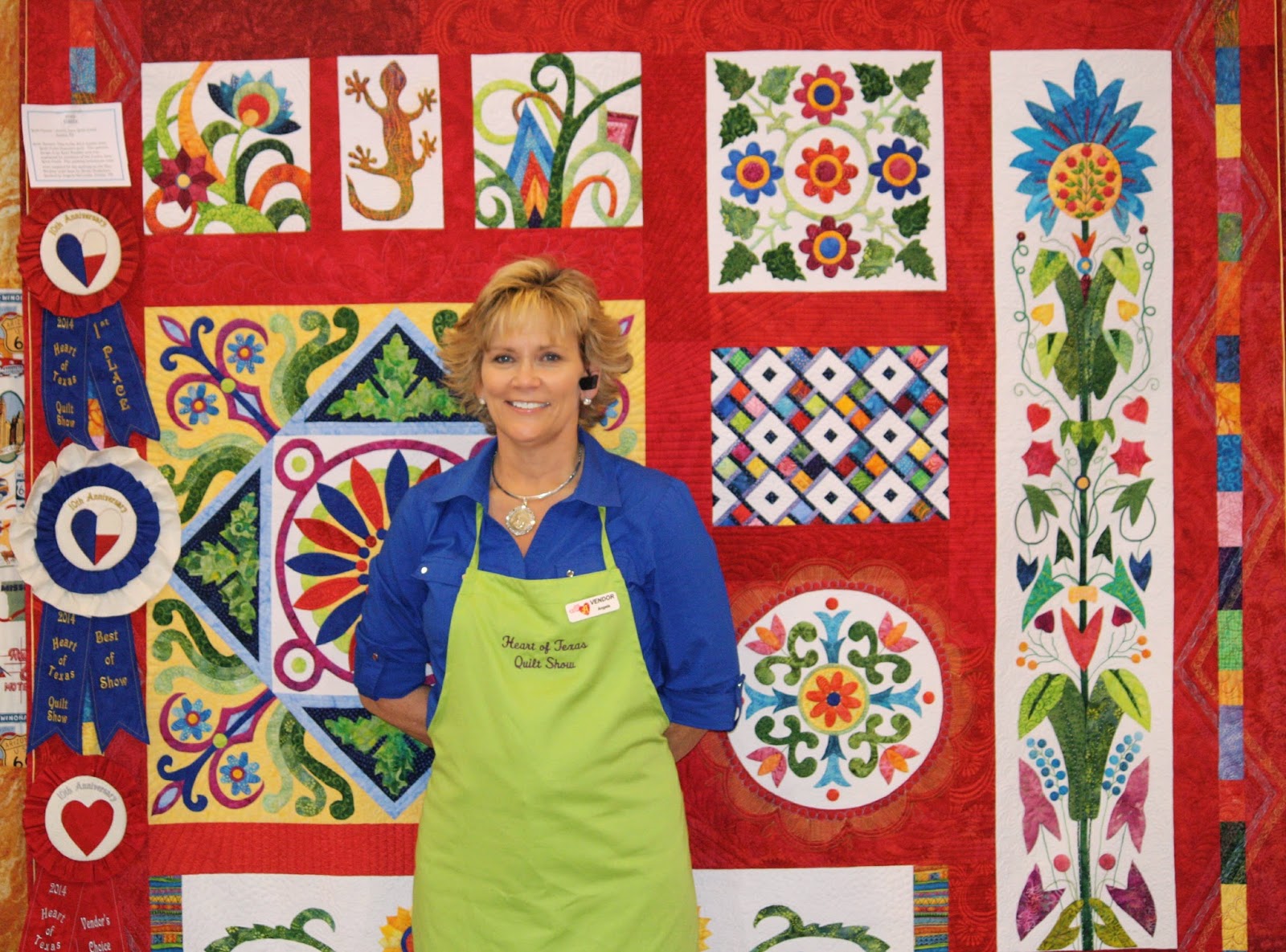 Best of Show and Vendor Choice award went to "Fiesta",
designed by Karen Kay Buckley, pieced and entered by the Austin Area Quilt Guild.
This quilt was quilted by Angela McCorkle. 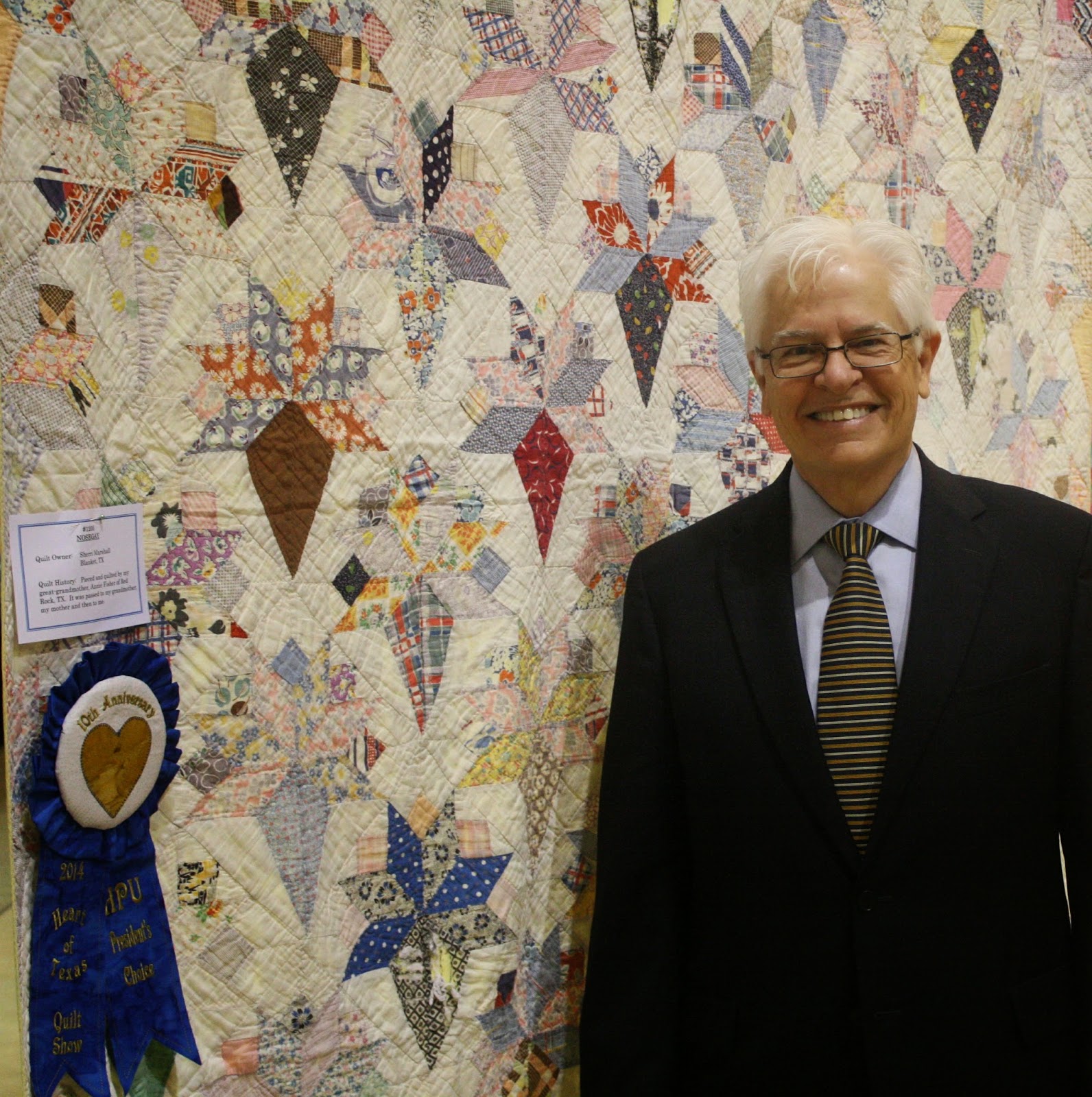 "Nosegay" won the HPU Presidents award. Sherri Marshall of Blanket, TX is the owner.
This quilt was made by her great-grandmother, Annie Fisher, Red Rock, TX. 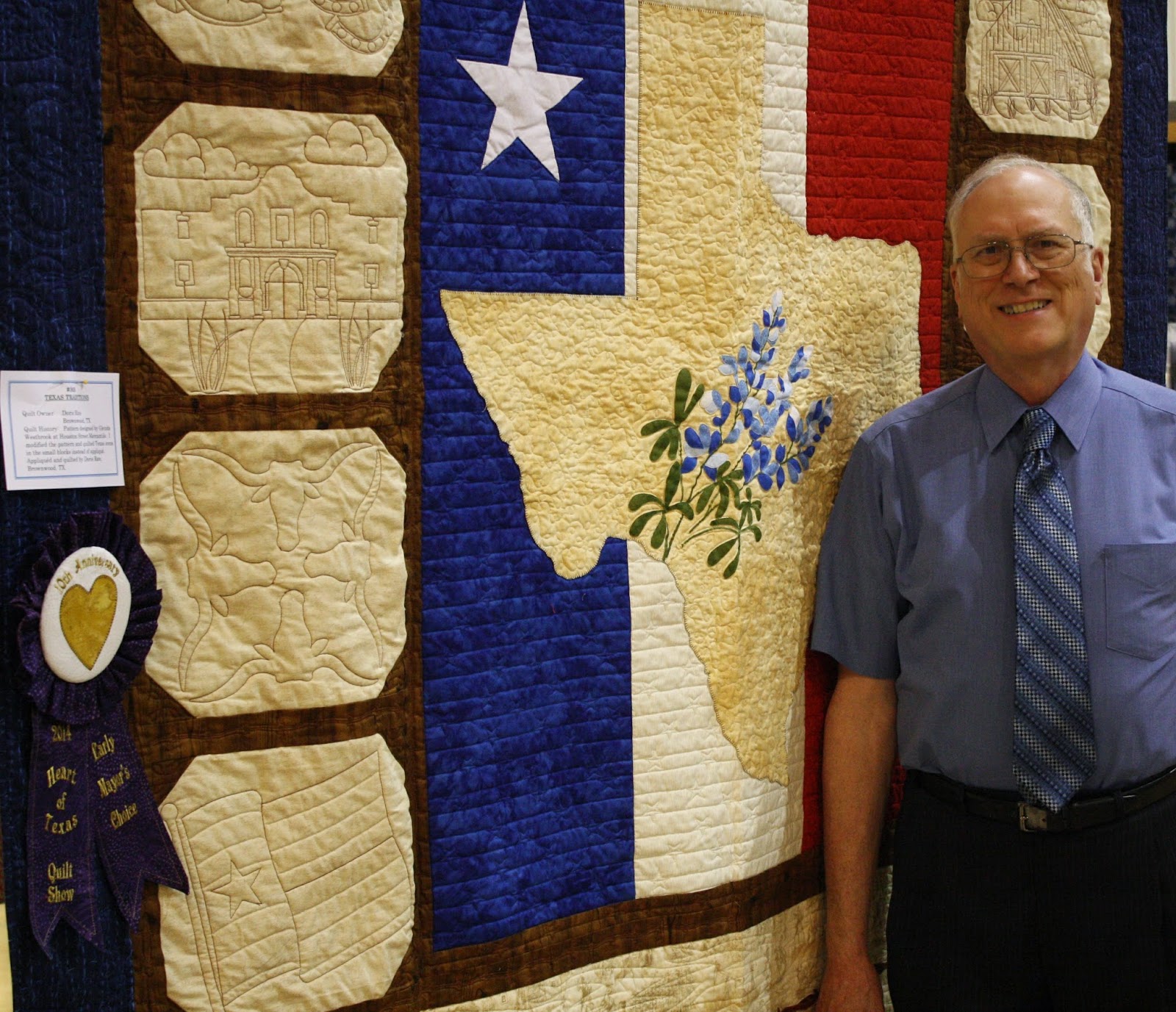 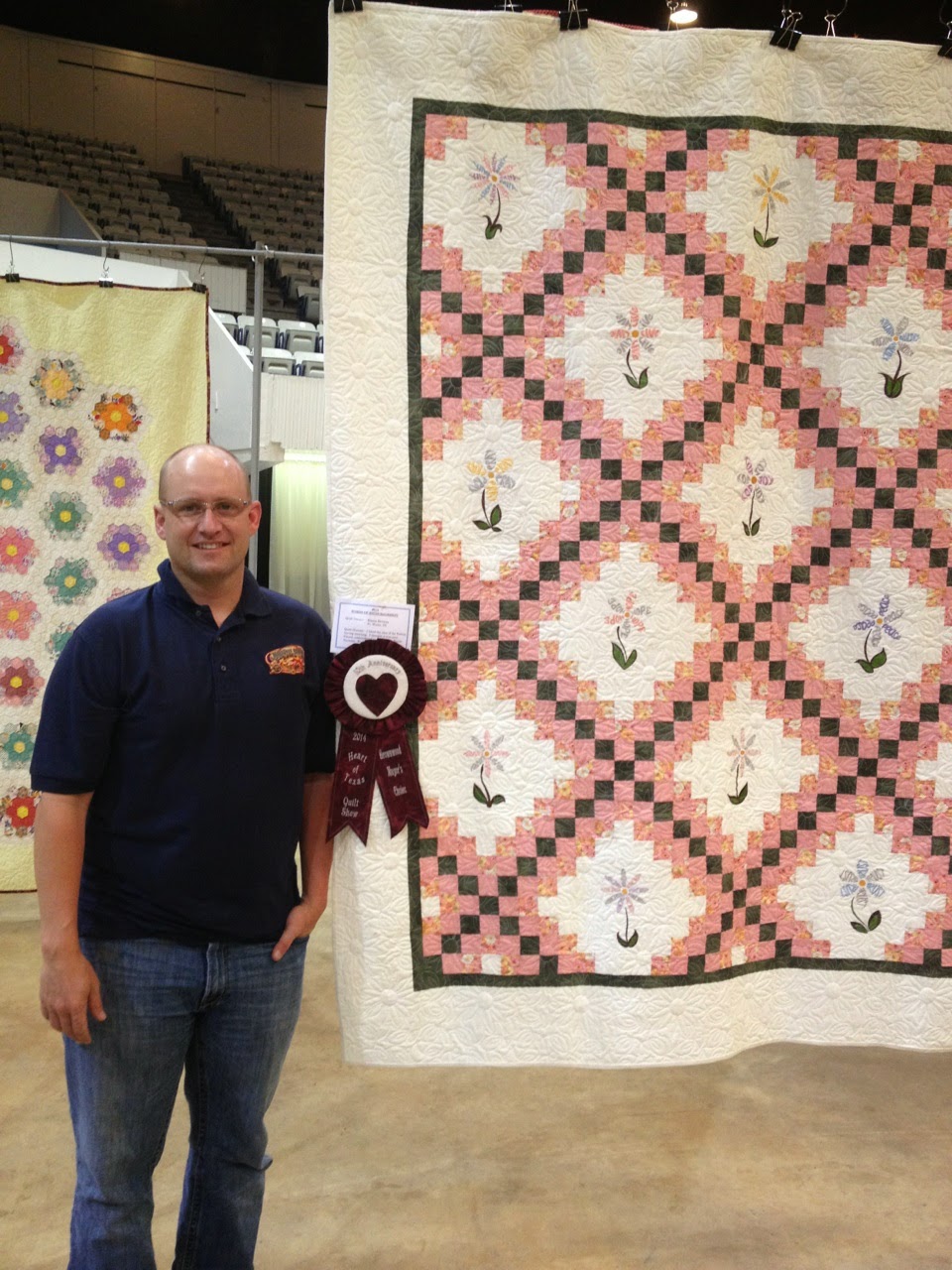 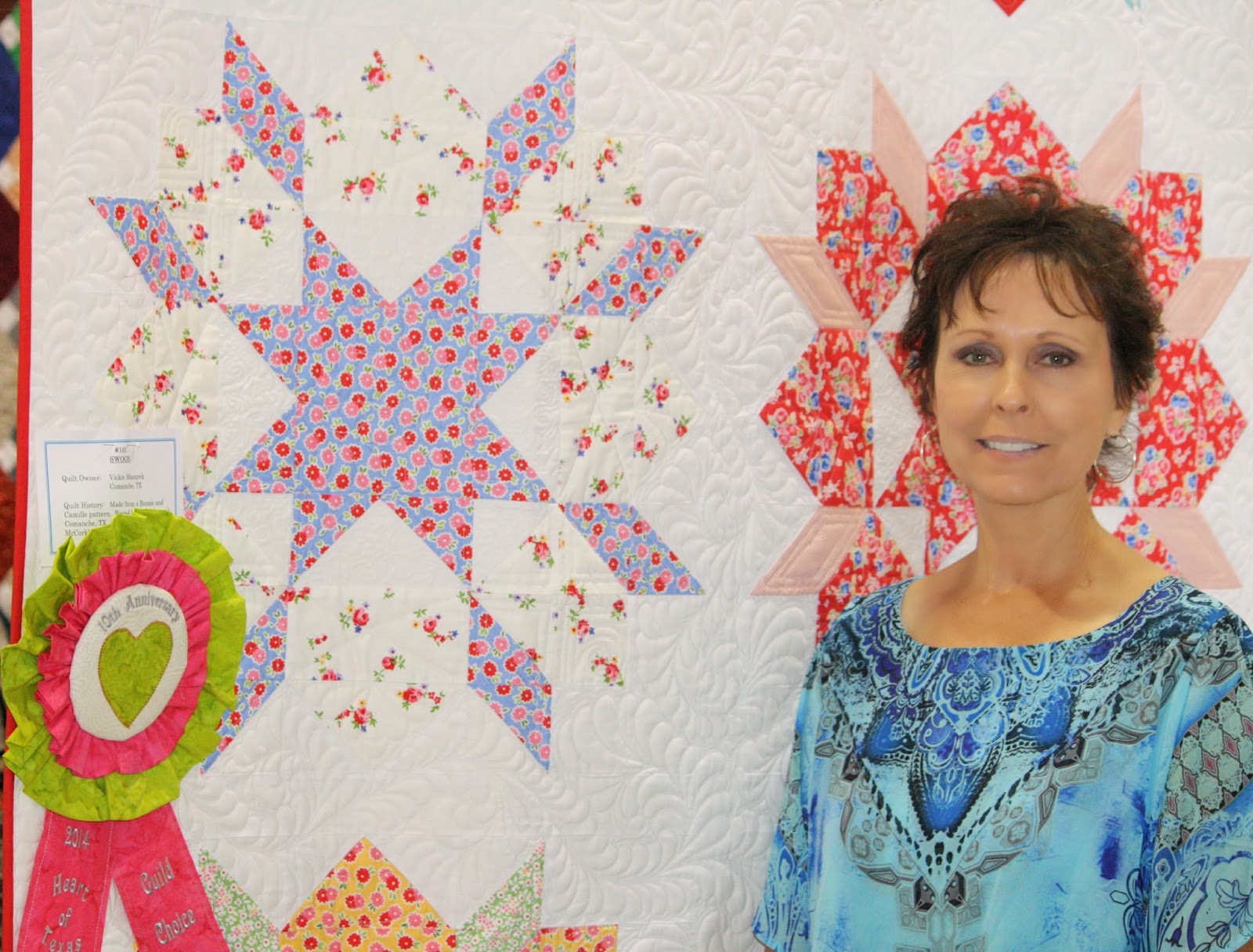 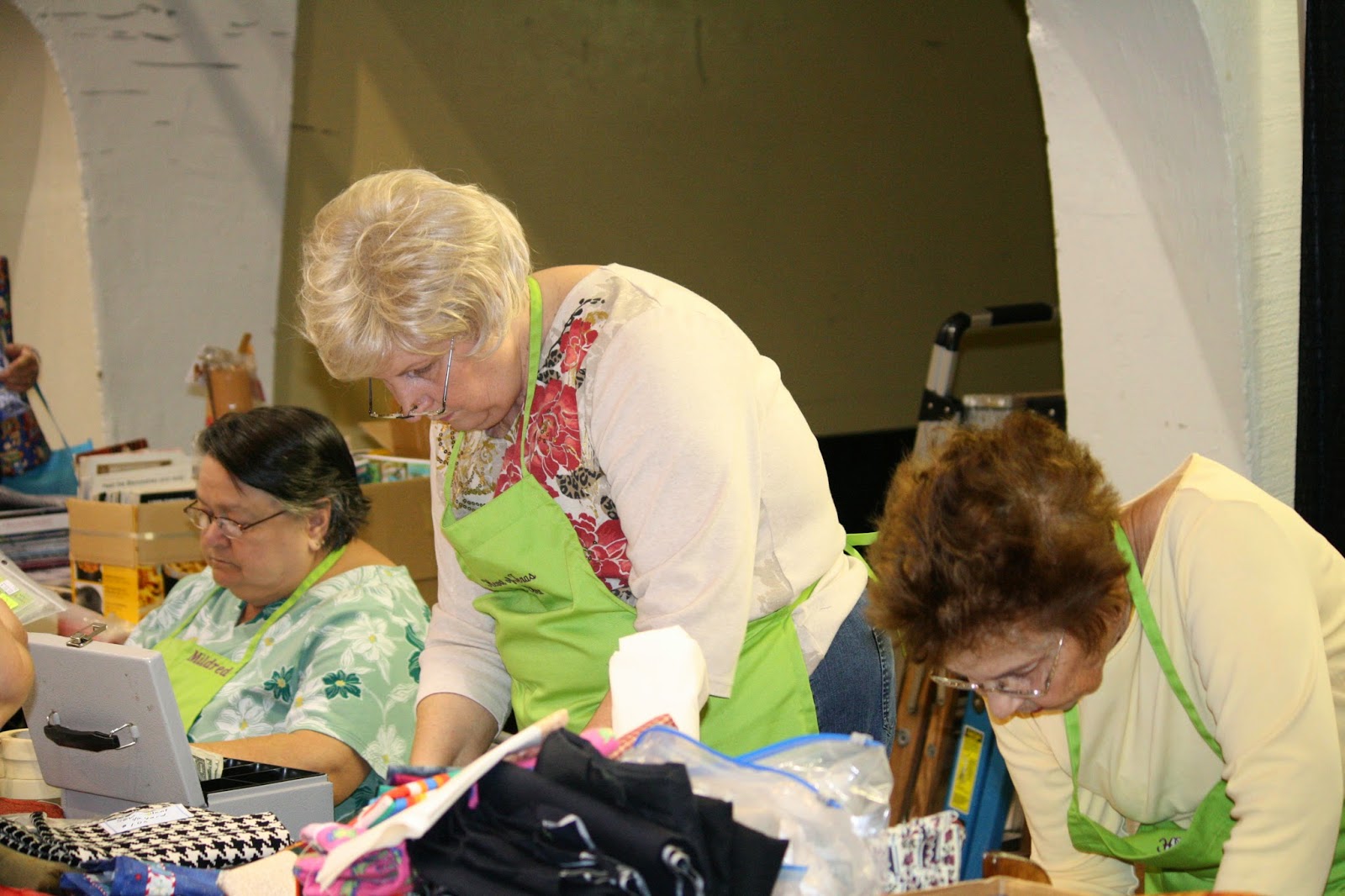 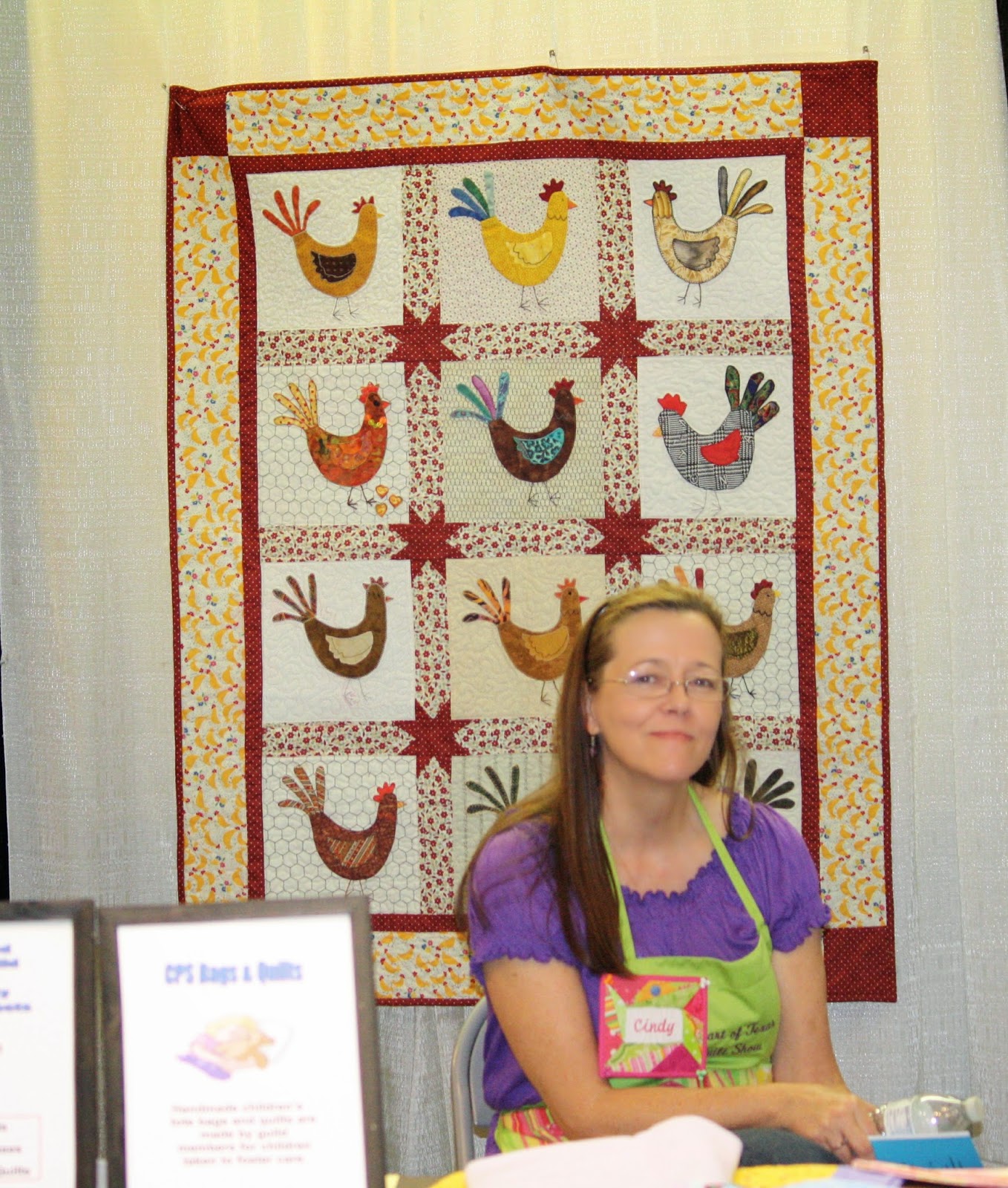 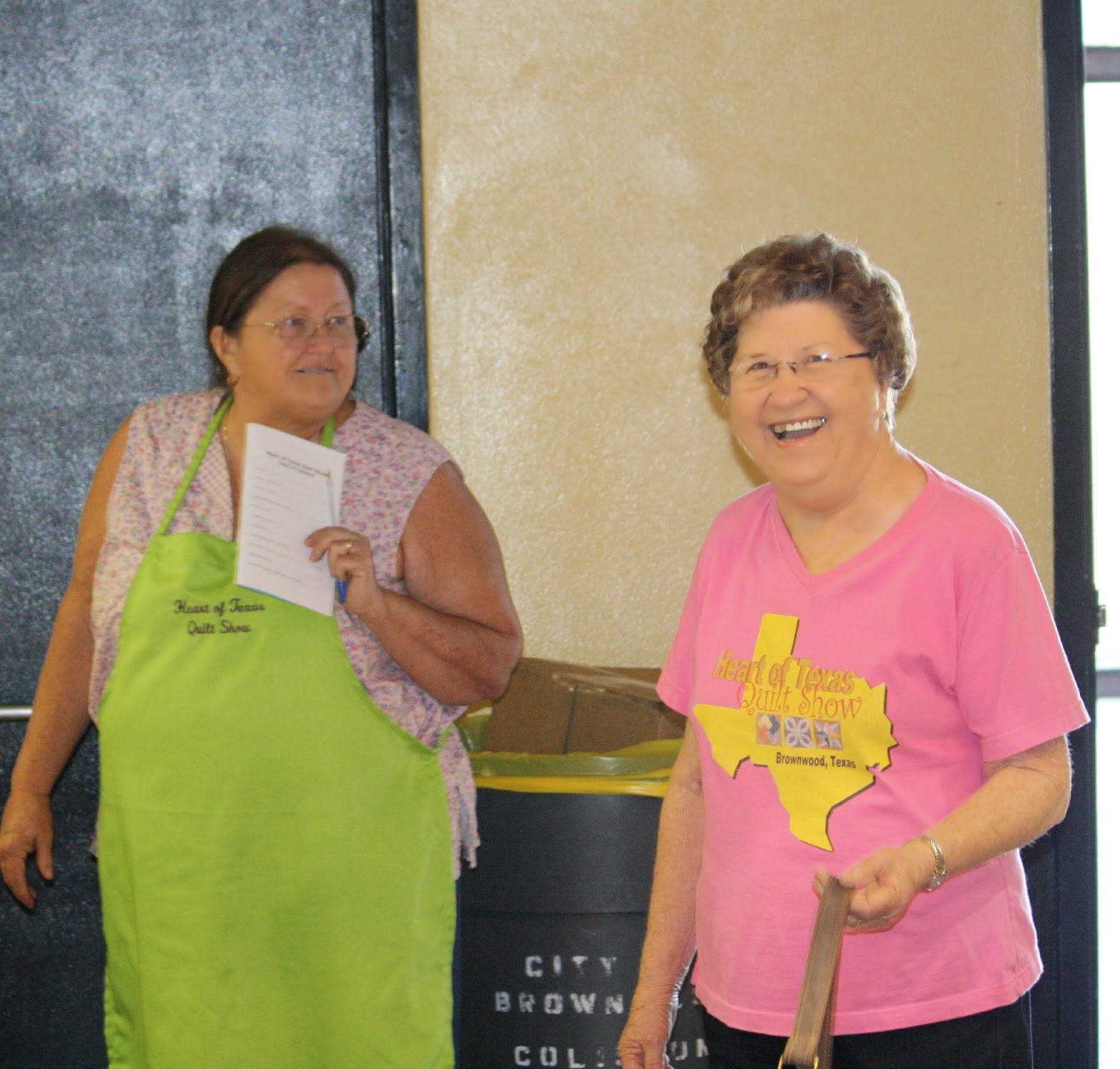 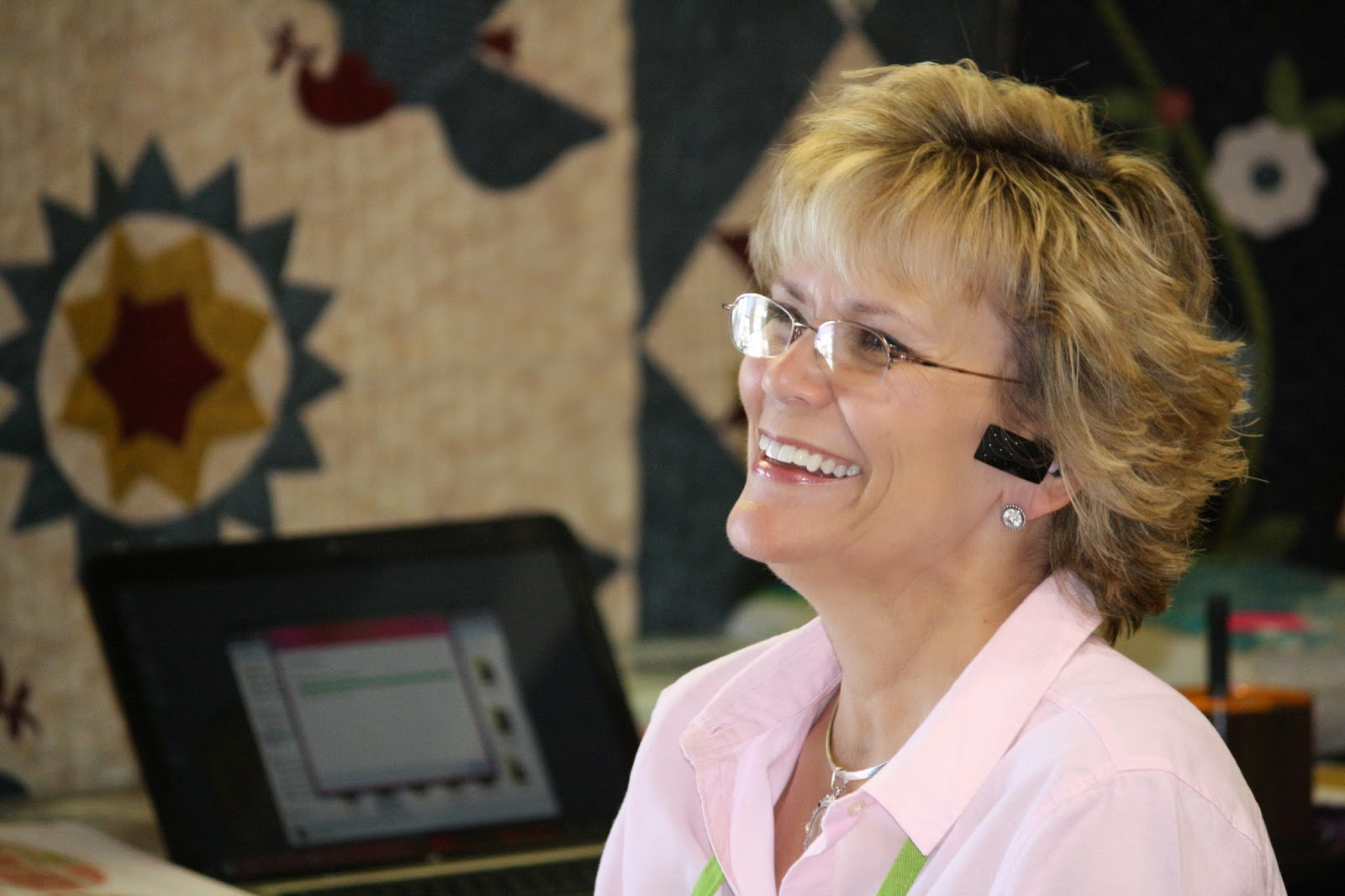 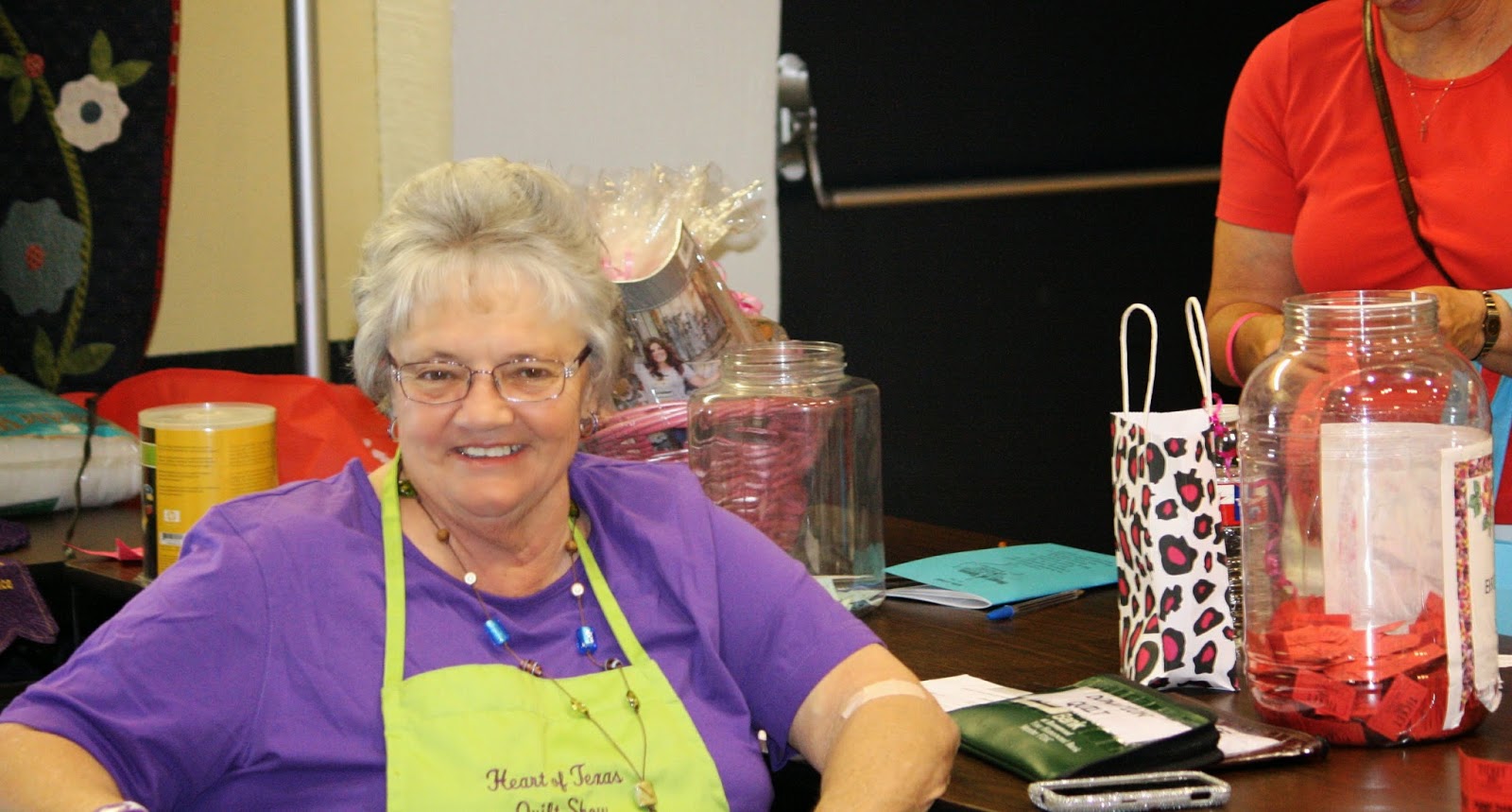 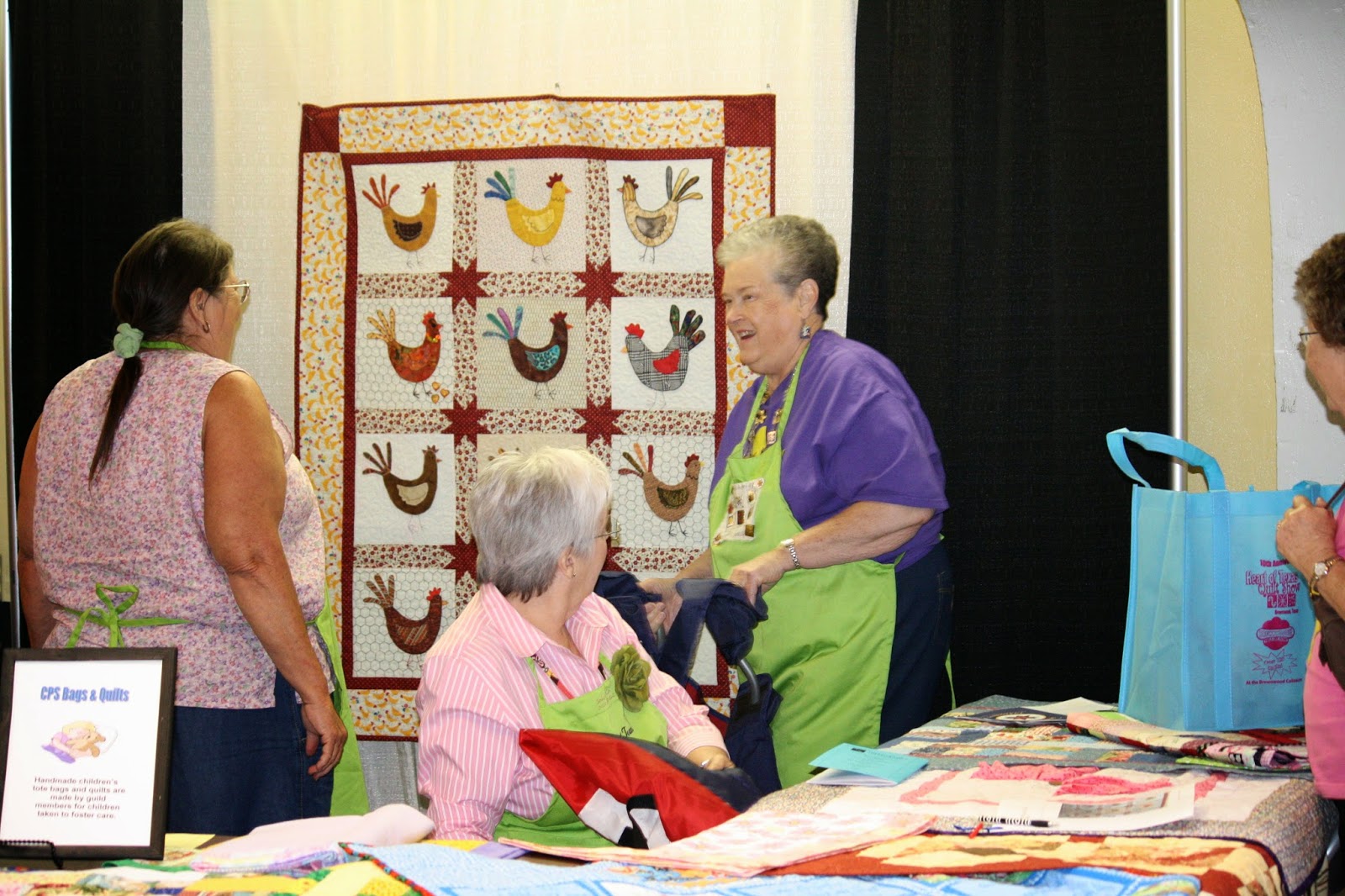 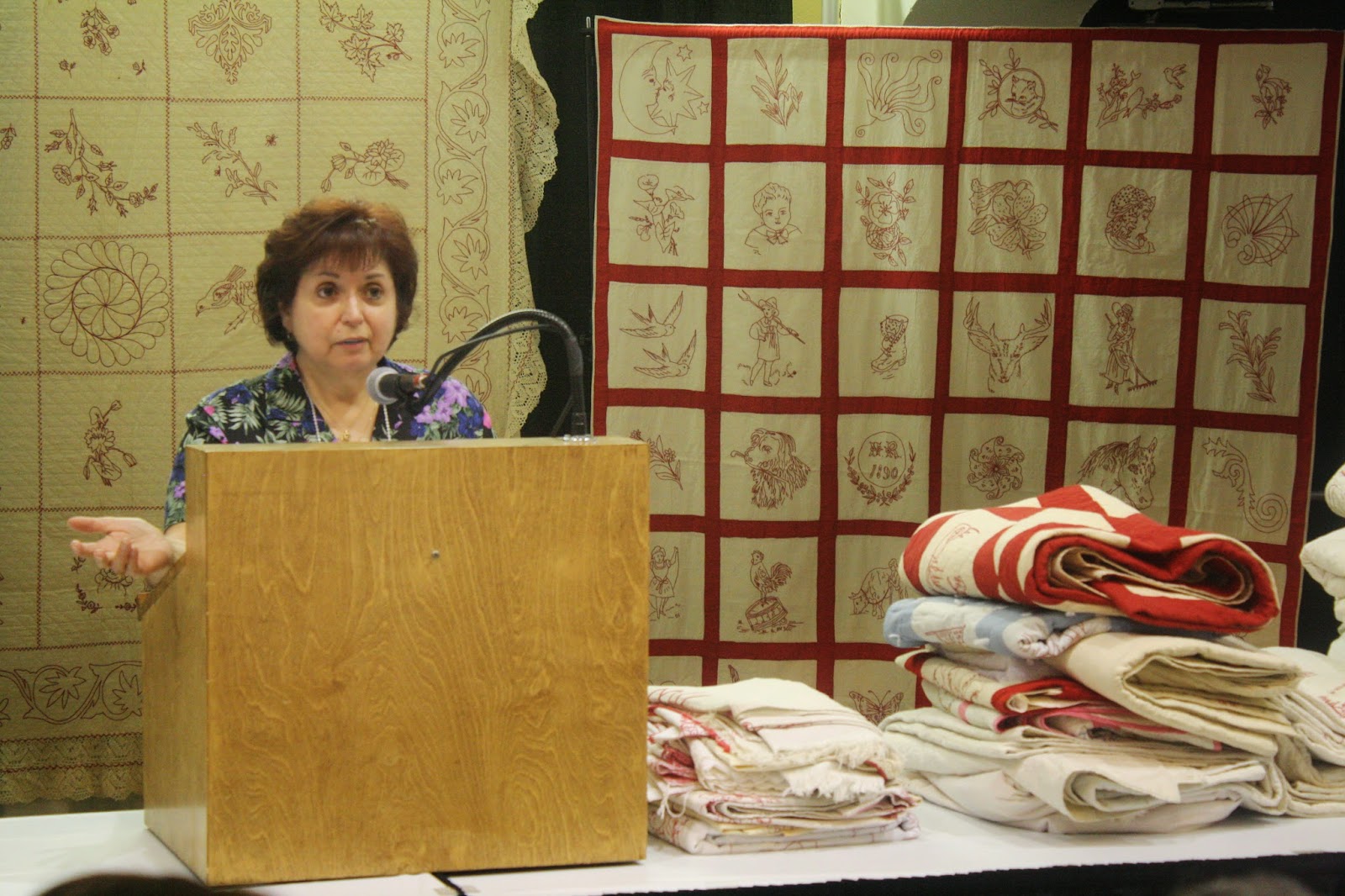 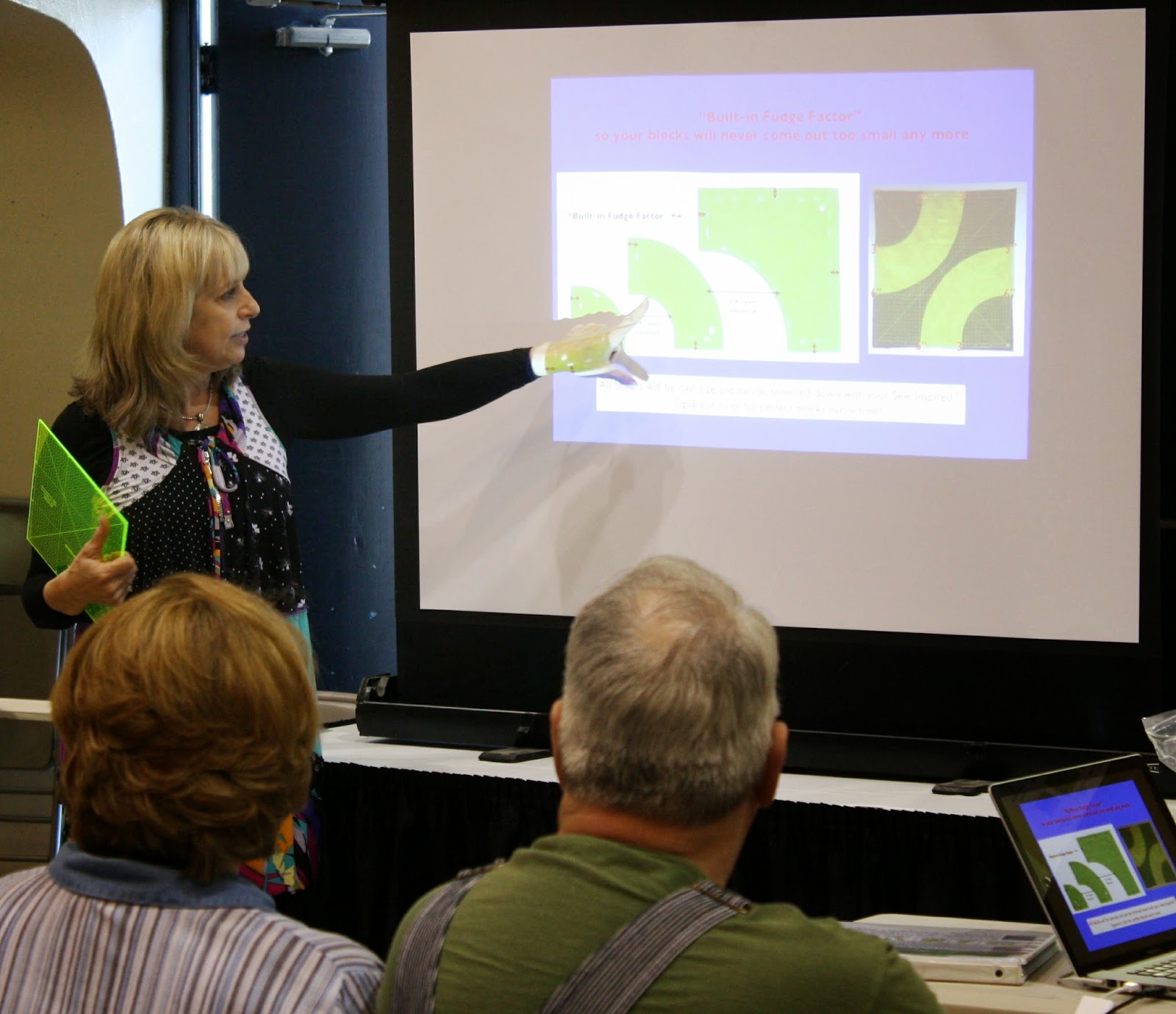 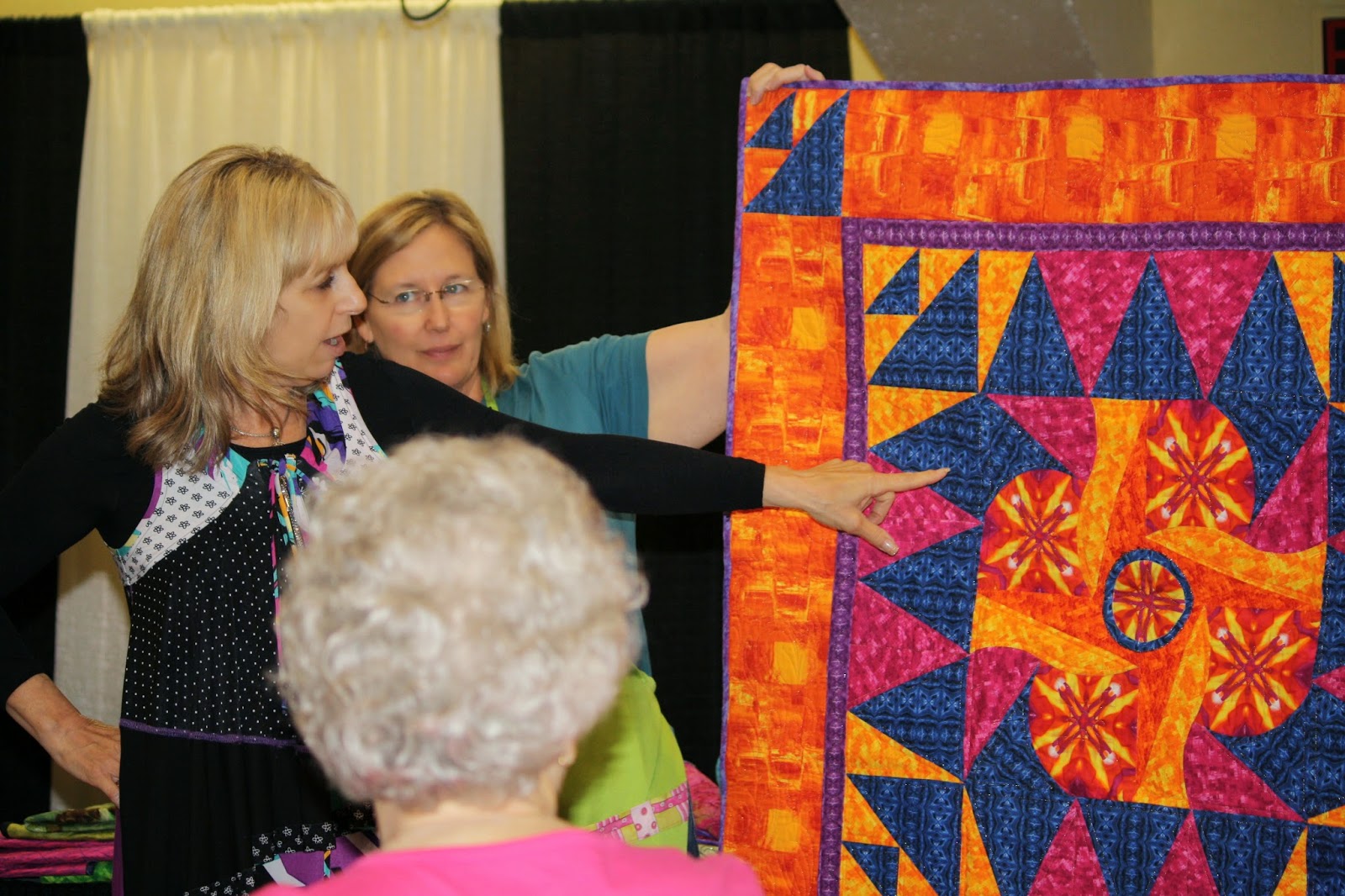 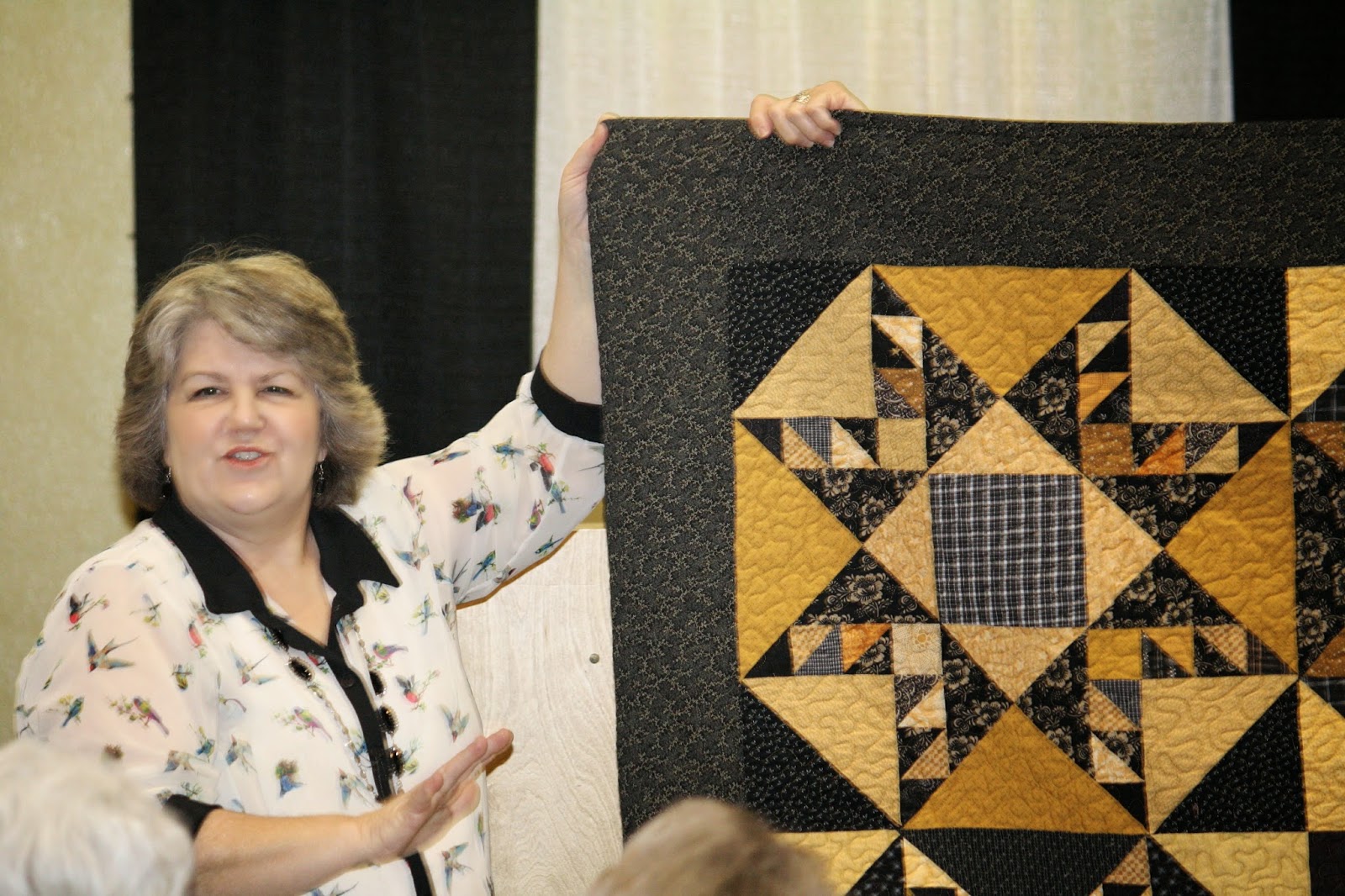 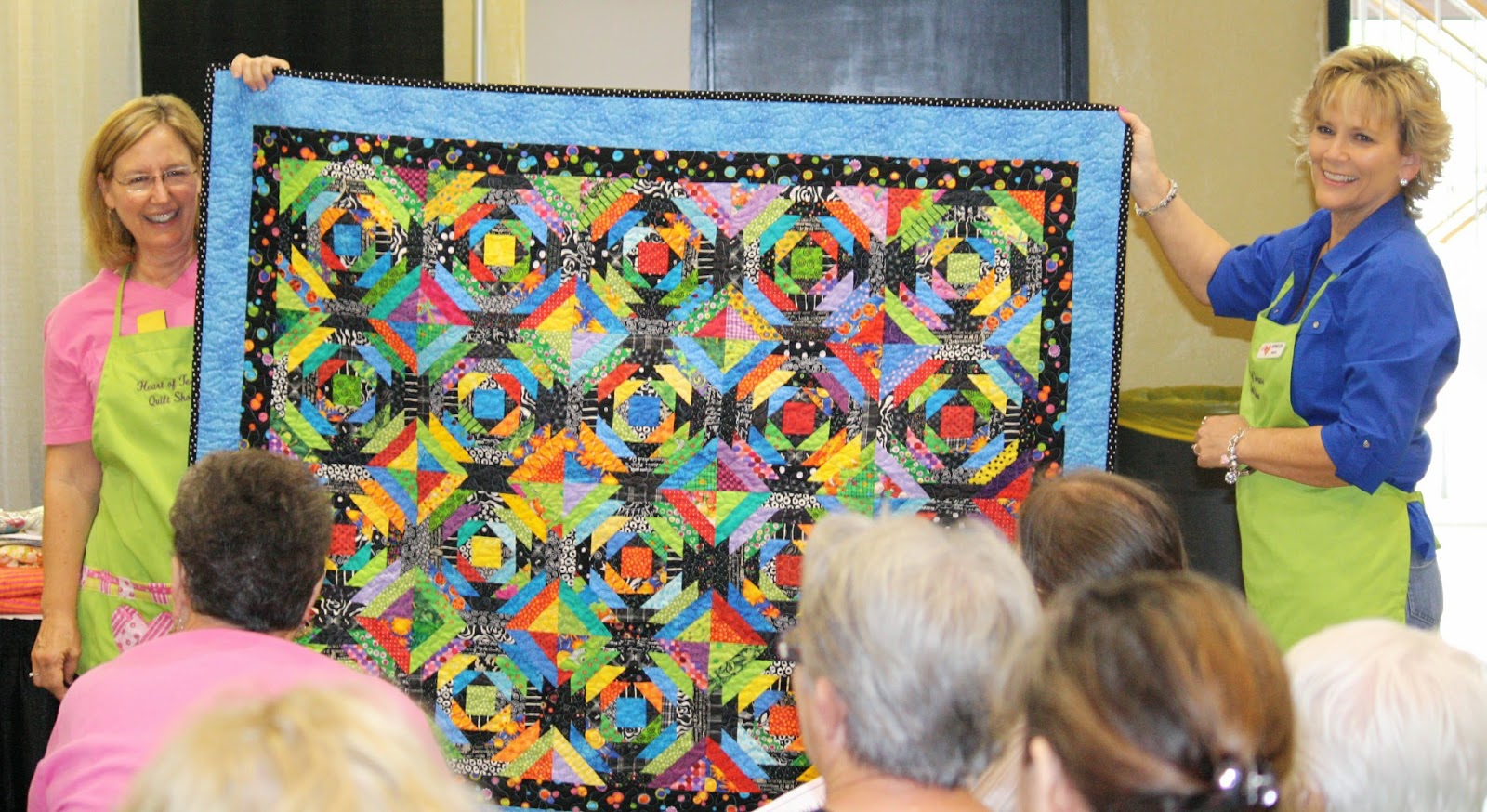 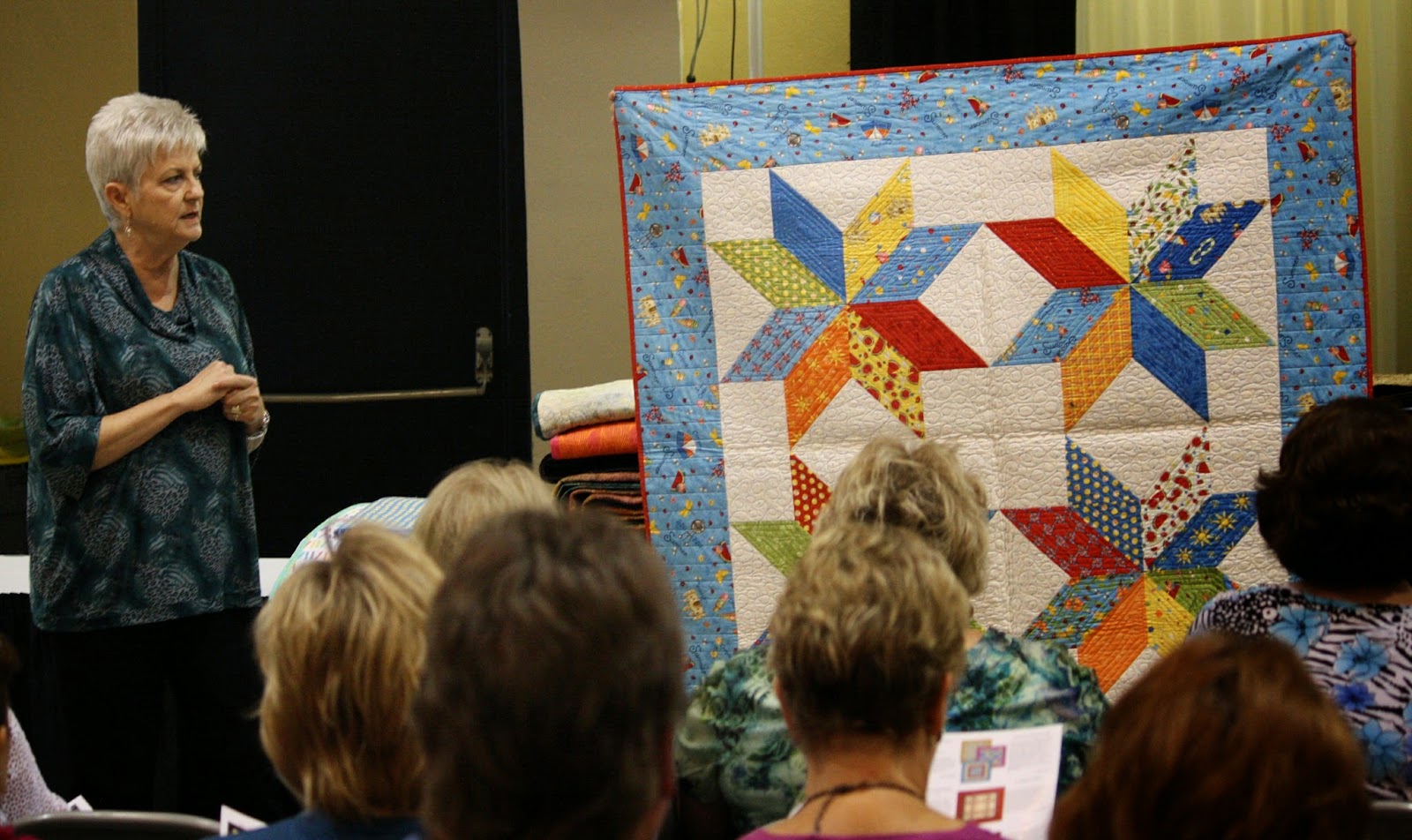 Debbie Maddy of Calico Carriage showed her quilts made using the "No Y Seam" method.